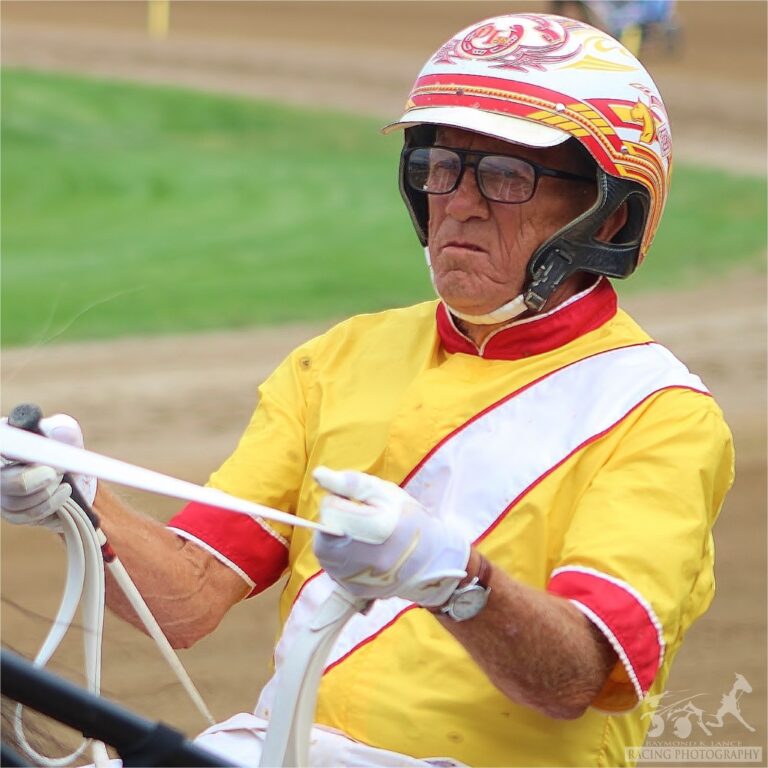 Driver Donald Irvine, Jr., winner of more than 7,600 races, has been elected as the 49th member of the Ohio Harness Racing Hall of Fame by a vote of the members of the Ohio Chapter of the United States Harness Writers Association.

The Mt. Gilead, Ohio native exploded on the scene in the 1970’s, dominating the driving ranks at Northfield Park and was greeted like a rock star on the Buckeye State’s county fair circuit. Prominent owners and trainers competed for his catch driving services. His skills were eclectic: ratable on the engine, confident and quick from the pocket or a boxed-in traffic jam, or patiently timing a swoop from the back of the pack.

Irvine ruled Northfield Park through most of the eighties, scoring 269 times in 1982 to rank among North America’s best. He followed that up in ‘83 and ‘84 to be among the top 25 on the dash/winning leaderboards.

In 1988, with more than 20 meet driving championships under his belt at Northfield, “Junior” migrated to Maryland and its highly competitive but insular driving colony in the Baltimore/D.C. area. He quickly took them to school, finishing first in both money won and UDR at Freestate Raceway’s premier summer meet. He repeated those feats there in 1989, and for good measure, did the same at Rosecroft’s 45-day fall meet. Don also set a record that session for most wins — six — on a single card. His 354 total wins in 1989 ranked him 11th in North America while his purse earnings just over $2 million placed him 25th.

A 1991 inductee on Northfield Park’s Wall of Fame, Irvine returned to his home track in 1992 and quickly took charge. He was tops in all three categories with 347 wins, a .345 UDR and $1.0 million in earnings, the first Ohio driver to reach the million-dollar threshold in a single season.

The itinerant veteran continued his winning ways in neighboring Indiana, capturing six additional driving titles at Hoosier Park in the 1990’s and 2000’s.

Over the last decade and a half, the prolific baby boomer has tapped the brakes a bit as he glided into Social Security status. Still, his stats are impressive over that time period: 8603 starts and $8.3 million in earnings.

Irvine will be honored at the Ohio Harness Horsemen’s Association’s annual banquet on Saturday, January 14 at the Polaris Hilton in Columbus.